What Is Refrigerant and How Does It Work

Refrigerant is the lifeblood of HVAC systems. It is just as crucial in an HVAC system as a furnace or air conditioner is. Without refrigerant, the cooling process of an HVAC system would simply not exist. While it is easy to say that refrigerant is necessary for an HVAC system, it doesn’t explain why it is or how it works. It also doesn’t outline what the different types of refrigerants are or the common problems that happen with refrigerants as a whole. In this blog post, we will be covering all those questions and more. If you have any questions after reading this blog post, let us know and we will try our best to answer them in the comments below. Let’s dive in!

In previous blog posts, we briefly talked about what refrigerant is. In our “What Causes an AC Compressor to Stop Working,” blog post we defined refrigerant as “a set of chemicals that are vital to the cooling process.” While this is true for a broad definition of refrigerant, it can be a little bit more complex.

Refrigerant has numerous definitions because it does several different things. For example, refrigerant is often defined as a substance that can rapidly change states effectively from a solid, liquid, and gas. This is because it has to be able to change states again and again without failure. Refrigerant is also something we are constantly applying pressure to to generate heat and then taking said pressure away to restart the cycle. Heat must be added to refrigerant and then taken away from it. No matter what definition of refrigerant a person decides to go with, the purpose of refrigerant will always be to cool a home.

How Does It Work?

While the short definitions of refrigerant give decent explanations of how it works, it does not explain the whole picture. The longer explanation of how refrigerant works inside of an HVAC system is a bit more complicated. To begin with, refrigerant is passed through the main components of the HVAC system which consist of the compressor, condenser, metering device, and evaporator.

The process of how refrigerant works can seem daunting, but half of the reason why it is so complex is so it can be incredibly efficient. The refrigerant circles through the air conditioner changing states over and over again. It has to do that in a relatively short amount of time. At the end of the day, the first definition of refrigeration still stands: refrigerant works absorbs heat through the air, travels through coils in the inside and outside of the air conditioner, and repeats the process all over again. No matter how complicated the refrigeration process is, it will always fulfill its purpose.

There are many different types of refrigerants but some are more common than others. For example, Freon is often referenced when talking about refrigerant, but it is not the only one. Listed below are some refrigerants that are frequently used or referenced. While this doesn’t include all the refrigerants used in modern times, it does contain a few and gives a brief history over the history of refrigerant in the HVAC world. While refrigerants may vary, their purpose always stays the same.

While not commonly mentioned, water is the oldest refrigerant to date. It has several properties that make it desirable to use as refrigerant such as that it’s non-toxic, non-flammable, renewable, and inexpensive to use. To this day, it is still used as a refrigerant in evaporative coolers. Evaporative coolers are an alternative to traditional HVAC systems and don’t use electricity. They work by passing outdoor air over pads soaked in water, causing the water to evaporate into the air.

Water is easily available and inexpensive to use, however, its boiling and freezing points are too high for it to be used as a reliable refrigerant. Water boils at 212 fahrenheit and freezes at -32 fahrenheit. These temperatures are not only too high, but drastically different making water difficult to change states easily.  While water can work as a refrigerant, it is not the most efficient one out there on the market and that’s why it is not often used in modern cooling devices.

Freon is a specific brand of refrigerant that was created by Thomas Midgley Jr. and his team in 1928. As to date, Freon is the most commonly seen refrigerant in HVAC systems in both commercial and residential buildings. In 2020, the United States began to lead a global movement to phase out Freon (R-22) and replace it with Puron (R-410A). The United States no longer produces Freon due to the harmful effects it has on the environment. The boiling point of Freon is -41.44 Fahrenheit. While this number can vary, it generally stays in that range. Freon is slowly being phased out and will not likely be seen in HVAC systems in the future.

Puron was invented in 1991 and has slowly, but surely replaced Freon. It runs at a higher pressure than most refrigerants and because of that, parts are designed specifically for its use. It’s boiling point is -55.3 Fahrenheit and it’s freezing point is -247 Fahrenheit. Of course, these numbers aren’t set, but Puron’s boiling and freezing point usually stays around those ranges. Unlike previous refrigerants, Puron does not deplete the ozone layer making it a more environmentally friendly choice, however, it still has a high global warming potential. Puron is also not 100% safe to handle. Even with all of Puron’s negatives, it has a lot of positives, and that’s why it is becoming more common in the United States.

Some other worthy refrigerant mentions are Isobutane (R-600a) and propane. While Isobutane has a low chance of depleting the ozone layer and has a low global warming potential, it is flammable and can explode. Much like the same other reasons Isobutane is a risk, propane is a good refrigerant, but it is not often used because it is flammable.

While a lot of refrigerants may differ in composition, boiling, and freezing points, they all serve the same purpose. Some of them are just safer than others and more environmentally friendly. As time goes on, the HVAC industry is constantly evolving and searching for the best refrigerant for HVAC systems. Refrigerants will continue to be phased in and out as the search continues for the most efficient and environmentally-friendly refrigerant possible.

When refrigerant freezes, an air conditioner completely stops working. Refrigerant keeps the coils warm as it runs throughout the HVAC system and when it runs low, the refrigerant isn’t able to absorb as much heat. This causes the coils to slowly, but surely decrease in temperature until they freeze over. When coils freeze over, it can lead to total system failure. Usually the first part—that isn’t the coils—to fail is the compressor. If the compressor fails, it’s an expensive part to replace. The best way to avoid total system failure is to turn off the air conditioner and contact  an HVAC company right away when refrigerant freezes over. Turning off the air conditioner will minimize the damages to the unit as a whole which means a less expensive repair bill in the long run. Some other reasons why refrigerant may freeze over are low temperatures surrounding the air conditioning unit, clogged filters, and broken fans. Freezing refrigerant is a serious problem, but when dealt with correctly, the damages can be minimized.

While refrigerant problems may pop up without warning, they can be fixed if caught in time. The best way to catch refrigerant problems early on is to have an HVAC system maintained yearly. We hope this section helped to increase your knowledge of common refrigeration problems and if you run into any, you’ll now know what to do.

In this blog post, we discussed the importance of refrigerant, what it is, how it works, different types of refrigerants, and common problems with it. Refrigerant can be difficult to understand, but we hope that this blog post has helped to increase your knowledge of it. Do you live in Jefferson County or the surrounding areas? Is your air conditioner experiencing problems? We can help! Give us a call at 636-475-9384. We look forward to helping you with all your HVAC needs. 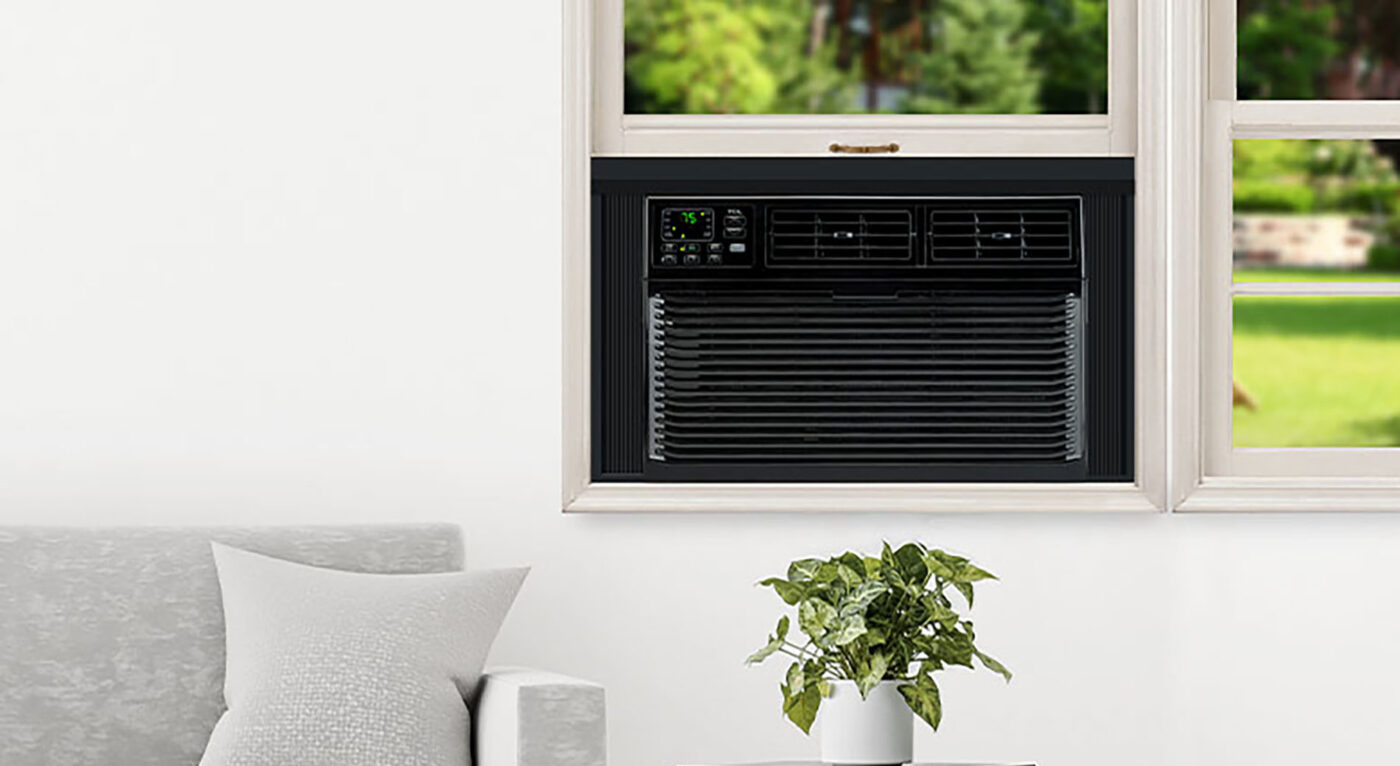 Which One Is Best? Trying to find the best air conditioner that can suit your needs can be overwhelming. There are six types of air… Read More »Window Air Conditioners Vs. Central Air Conditioners

How Much Does A New Heating and Cooling System Cost?

Replacing both your furnace and air conditioner at the same time can be costly. Both are essential expenses, and yet can be nerve-racking. Here at… Read More »How Much Does A New Heating and Cooling System Cost?

When Should You Replace Your Ductwork?

Introduction Ductwork can be expensive to replace. Even the best ductwork wears down in time. You can try and properly seal it and have it… Read More »When Should You Replace Your Ductwork?